Talking Thresholds When working with clients, dog trainers often refer to “thresholds”. This is a common term in behavior modification work when addressing anxiety, fear, aggression, and stress levels. It is also relevant in learning situations, such as a dog park, a group class or an agility seminar. What does it mean? “Threshold” refers to Read More 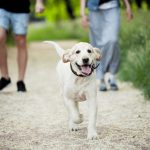 As a behavior specialist, I am always thinking ahead: how does what is happening today influence how the dog may behave in the future? An always-important aspect of dog training is to teach tolerance to frustration and to build impulse control.

Tips For Decreasing Reactivity in a Competition Dog 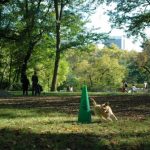 In the competition sport of agility, there are many variables to manage. When I created a behavior modification program for my own dog, here were some of the things I considered to help set him up for success. 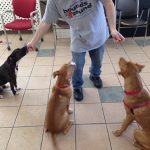 Many dog trainers and behaviorists use counter-conditioning and desensitization as part of a behavior modification program. The average dog owner often has no idea what this means.

Making the Best of Small Spaces for Dog Agility – Part 3 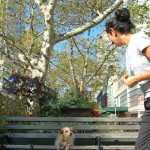 In the third and final part of this series, I will share some of the games I played that involved actual equipment, as well as the foundation equipment I used to build behaviors and understanding. 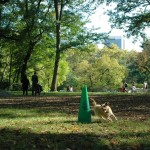 In part two of this series, I will share with you some of the activities I focused on to support playing the game of agility. 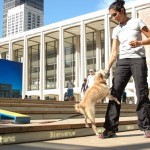 For about a year and a half, I was living in New York City. I went from living in a large house on 2 acres to a small one bedroom apartment near a park. In this three-part article series, I am going to share how I kept agility in my life while living in a Read More

Setting Kids & Dogs Up for Success 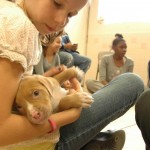 A wonderful relationship between kids and dogs can be facilitated by knowing what your dog is saying when interacting with kids, while teaching kids how to respectfully and safely interact with your dog.

I spent the first two articles of this three-part series talking about Tricky’s drive, what I did that caused her to lose it, and the things I did to build it back. Now I will talk about what I’ve done to keep it and suggestions to help others to do the same.

How Tricky Got Her Groove Back This is Part 1 of Bobbie Bhambree's agility series. Check out Part 2 here and Part 3 here.  One of the main reasons I am an effective dog trainer and have strong mechanical skills when teaching and handling dogs is because of my many years as an student of agility. This dog performance sport takes the Read More

Everything You’ve Ever Wanted to Know About Tug-of-War 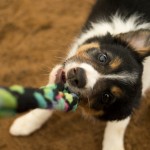 I have been an instructor for several years and I never really got the value of tug until I no longer had it with Tricky. Isn’t that always the case—you don’t appreciate what you have until it’s gone 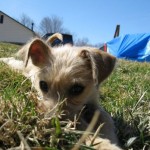 I thought I knew how to train dogs. Then I adopted a Terrier/Chihuahua mix puppy and named her…..Tricky! People warned me when I named her Tricky, jokingly and affectionately telling me she would likely embody the name I gave her. They weren’t kidding.

How to Have a Stress-Free Vacation with Your Dog 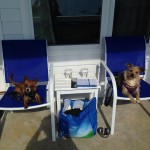 There’s nothing like vacationing with your dog! My focus in this blog will be on dog behavior and the things you can do to support having a great pet-friendly trip.

Why I Went Positive Almost 17 years ago, I adopted a Pit bull. Her name was Claire. She came into my life like a cannon shot and left this world the same way. BOOM! Claire made such a significant impact on me that I created a whole career out of my experiences with her.

Confessions of a Dog Trainer: I Have a Reactive Dog (Part 3) As promised, I am going to talk about some of the things I did that helped curb her reactivity towards other dogs. These are things I did in addition to handling exercises designed to keep Charlotte’s attention on me AND the behavior modification to help her feel differently about dogs.

Confessions of a Dog Trainer: I Have a Reactive Dog (Part 2) It's simple but not easy to be skilled at managing a reactive dog. It takes lots of practice to sharpen your own mechanics while teaching the dog various exercises to help the dog stay focused on you.

Confessions of a Dog Trainer: I Have a Reactive Dog I did not wear any clothes with my logo on it for the first month after moving to New York City, horrified that people would see this dog trainer with a “bad dog.”

My Husband is NOT a Dog Trainer Living with him has been a great learning lesson for me. He is helping me to gain a better understanding of what a typical dog owning couple deals with. I have been seeing too many people misinterpreting a dog’s communication resulting in confused and worried dogs, frustrated humans, and sometimes even a dog bite.

When Clients Get Comfortable What I have learned over the years is that it often takes a really long time for a new behavior to become a habit. And sometimes it’s difficult for a dog training client to change their own habits to support their dog's new behaviors.

There are several things you can do when you live with a small dog to prevent them from becoming aggressive to handling--these are just a few things I have found to help my 7.5 pound terrier.

Sneakers = Cookies: Transforming the frustration of one little terrier Shelter Work: It Takes a Village There is only so much you can address behaviorally in a shelter environment, and it takes very committed people working together to make the biggest impact.

Embracing the Journey With an Imperfect Dog Sometimes you have a picture in your mind about how you think things will go with your dog and what your life together will look like. And then your dog develops behavioral issues and that changes things.

Train Proactively Instead of Reactively The problem I frequently observe is that people train reactively instead of proactively. Clients call after a serious behavior issue already exists. Understandably, clients want to know how to stop the dog from doing something they don’t like. You will see the returns of your effort by sticking with the program for the long haul. If we want to see a change in our dog’s behavior we have to do the work, simple as that.