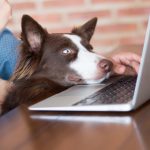 Before I started my career as a dog trainer, I studied broadcast journalism in college. I remember one of my professors constantly repeating the phrase "consider the source." That phrase has stuck with me throughout the years, and I've found it to be quite relevant to my work as a trainer. 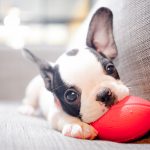 I spend much of my time as a trainer working with young puppies. They’re little sponges, absorbing every bit of information we send their way – both good and bad. You’ll hear the same puppy training advice over and over: make sure to socialize your puppy, start potty training immediately, and the like. But in Read More

Dear Dog Trainer, I See You 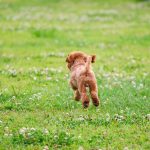 Dear Dog Trainer, I see you. I see you caring for everyone around you, sometimes forgetting to care for yourself. You're a caretaker, a teacher, a guiding light - sometimes a therapist - to your clients. You then go home and provide the same nurturing care to your own family and friends.

4 Dog Park Alternatives for You & Your Dog

Does your dog really love going to the dog park? In some cases, the answer is yes! For highly social pups, the dog park can be a mostly fun and stress-free experience. But if you've noticed that your dog spends most of his time at the dog park glued to your side or pawing at the exit door, it's worth considering some other alternatives. 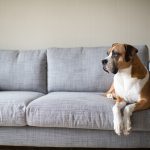 Have you ever seen a parent in the supermarket with two children - one perfectly behaved, and one throwing a tantrum? Which one is typically getting the attention while the other stands quietly by?

“She’s a Rescue”: The Vilification of Purebred Dogs 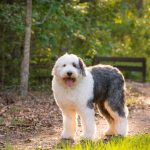 "She's a rescue." I found myself wanting to say the words out loud as I walked my Labradoodle past a girl who looked at us disapprovingly and then shot me a judgmental glare. Why did I feel the need to justify anything to this complete stranger? Why have "purebred" dogs become so vilified?

Leash Control: It’s Not About Control at All 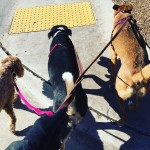 People go to great lengths to try to achieve what they see as a "gold star level" of leash control using all kinds of questionable methods. But here's the thing: true leash control isn't about control at all. 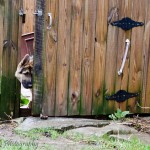 I work in "the dog world." I eat, live, and breathe dog body language, behavior and training. So why was it that when I was faced with a large loose dog charging at me and my leashed dogs, I felt completely and utterly helpless?

I Loved This Dog 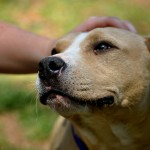 As long as there are good people out there fighting for better lives for animals, her life, and her death, will not have been meaningless. 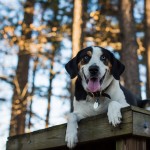 If you've got a good grasp on your dog's leash reactivity but feel you're still struggling sometimes, here are some tips for later stages of training that may help you really step things up.

On Grieving a Dog You Rescued 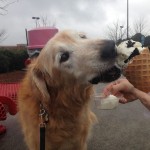 There are few things that compare to the heartbreak of losing a dog. But what happens when it's not "your" dog, but rather a dog you saved from death days, months, or years ago? 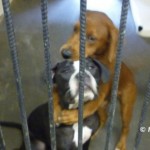 A photo of two dogs in a shelter that appear to be "hugging" has captured the attention of the world. 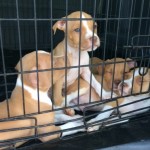 I wish you would stop, but I know you won't. Where there is demand, there will always be supply. And as long as there are people willing to pay $200 for one of your "red nose pit" (your words, not mine) puppies, you will continue to successfully exploit your dogs for easy cash.

Against All Odds, Paralyzed Puppy May Have the Chance to Walk A puppy's heartbreaking start to life has left her unable to use her back legs. But thanks to a team of dedicated people, her sad story may have a happy ending.

5 Things I Want Anyone With A Fearful Dog To Know 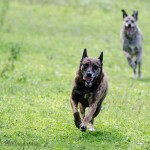 I see dogs that truly enjoy meeting new people and other dogs, and find myself wishing the same for my not-so-social dog. It's easy to get discouraged, but know that many people are experiencing the same things with their dogs as you are.

I Couldn’t Save Them All I've been hearing people ask "why couldn't you save them all?" and "why didn't you save more dogs?" When I start second guessing everything, I have to remind myself that those people didn't walk in our shoes, and didn't have to make those difficult choices.

The Legacy of an Arson Dog "These dogs put everything they've got into their job and they don't ask a thing for it. It's about him, it's not about me."

This Is Where Your Cute Pet Store Puppy Came From Imagine if pet stores had to "display" the parents of each litter next to the puppies they sold. Do you think people would be a little more outraged? Do you think they would think twice about buying a pet store puppy?

“Somebody Do Something” – The Armchair Dog Rescuer While I commend anyone who dedicates even a small part of their life to helping dogs in need, today I've got a bone to pick with the people I like to call "armchair dog rescuers." These are the people that are usually the first to cast blame--typically on rescue groups, fellow rescuers, or animal shelter employees--and are the last to take proactive action themselves.

What We Can Learn From Kill Shelters

Despite the fact that walking into such an institution is enough to make many dog lovers' stomachs turn, there are actually a few things that can be learned from high-kill shelters.

Positively Contributor Alex Andes tells the amazing story of how a stroke of luck reunited two dogs that bonded amid the chaos of a high-kill shelter. There's nothing I love more than reading awesome rescue dog stories. So as part of my blog, I'm going to be sharing with you some of my favorite rescue stories from over the years! This first transformation will blow your mind.

Dog is abused, abandoned, neglected. Dog is rescued. Dog has behavioral issues stemming from a difficult past. Rescue group calls in a trainer, who puts a shock collar on the dog to "fix" him and make him adoptable. While the above scenario may be oversimplified, it happens all too often in the rescue world. I worked on Read More

How I Stopped My Dog’s Leash Aggression 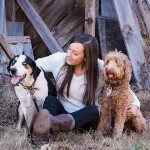 If you’ve ever had a leash reactive dog, you know the feeling of dread that I had before going on a walk. Learn how I stopped my dog's leash aggression--positively.

I have been doing pet therapy with my labradoodle, Daisy, for going on two years now. It was always a dream of mine to do pet therapy, and I looked for months for the right dog. I adopted Daisy from a family who could no longer care for her, and I knew almost instantly she Read More

I have often wondered which side I would take in the greatest historical injustices throughout history. Would I have been for slavery or against it? Would I have fought for civil equality or against it? If I had grown up in an upbringing that encouraged immorality, would I have gone with the social norm or Read More

Sgt. Paul Corso is a seasoned law enforcement officer. As a K-9 handler, he has served the Gwinnett County Sheriff's Department for over 20 years. Corso has seen a dark side of our world that most of us will never see or understand. It would have been easy for him to walk away when we Read More