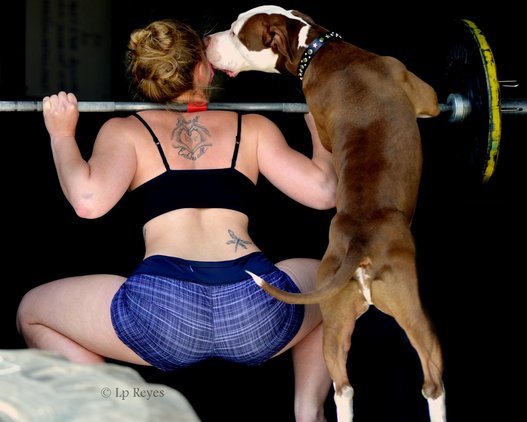 Roo Yori, dad to the late Wallace the pit bull, wanted to find a way to show people what life is like for a dog living in a shelter.

An avid fitness lover, Yori created a workout that doubles as a fundraiser. The "Workout of the Day for Dogs" is a Crossfit workout that gyms across the country will be participating in on August 23rd. The date coincides with the one year anniversary of Wallace's death.

The workout was designed to mimic the small, nervous movements that many dogs make when confined in a cage, especially under the additional stress of being in a shelter.

It consists of five movements, including thrusters, kettle bell swings, jumping air squats, bar over burpees, and five meter shuttle runs. Participants must complete each movement as many times as possible in a minute for three rounds, with one minute of rest between each round.

Yori hopes that his "WOD for Dogs" will raise awareness about the plight of shelter dogs, and hopes to raise money for the Wallace the Pit Bull Foundation as well as other local animal welfare groups.