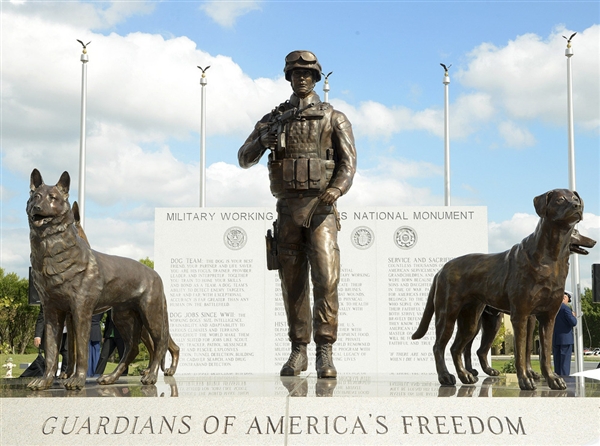 The United States military has dedicated the first national monument for combat dogs, honoring the hard work and sacrifice of the working dogs of war. The bronze statue was erected at Lackland Air Force Base in San Antonio, Texas, the hub for military dog training since 1958.

The bronze monument was sculpted by Paula Slater, and displays the four most prominent breeds of military working dogs used to serve alongside soldiers: a Labrador Retriever, a Doberman Pinscher, a German Shepherd, and a Belgian Malinois.

Military working dogs have played an integral role in the everyday life and safety of soldiers serving their country. The statue will be an ever-present honor of the dogs lost and a tribute to those who have survived life at war.