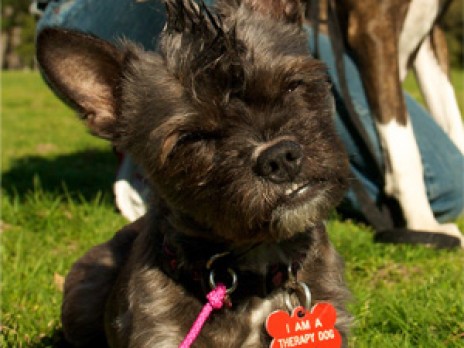 Biscotti poses for a photo in the sun. (Photo: WOBM)

I was honored to announce the results of Toms River, NJ's Pet Mayor election on WOBM Radio last month. The contest featured therapy dogs as the "candidates," and was created to raise awareness for the important work that therapy dogs do for the community. The winner is a little terrier mix named Biscotti, who received 33% of over 10,000 votes. Even the city's human mayor was present for the big announcement. Biscotti is a therapy dog with Caregiver Canines, which is a therapy organization that focuses on bringing happiness and smiles to senior citizens in the area. Biscotti's mayorship lasts for one year, and he'll spend that year making appearances around the city, from ribbon-cuttings to special events. 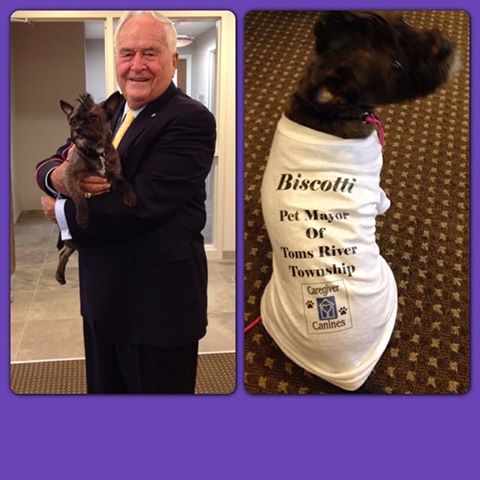 Caregiver Canines is a branch of Caregiver Volunteers of Central Jersey, which is a non-profit organization dedicated to helping senior citizens lead more independent lives. Currently, 30 therapy dogs are a part of the program. The therapy dogs are an integral part of this organization, and it's incredibly exciting that they have been recognized in such a substantial way. Wishing a wonderful year to Biscotti, the Pet Mayor of Toms River, NJ!