Home >> Articles >> The Dog Who Has Learned a Thousand Words

The Dog Who Has Learned a Thousand Words 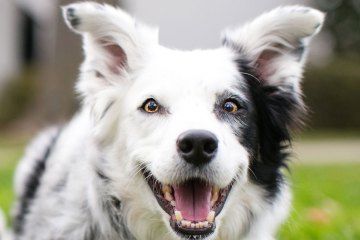 9-year-old border collie "Chaser" may know more words than the average toddler. Chaser has a profound conceptual understanding of words and the meaning behind them. Even with more than a thousand words under her belt, Chaser and her owner, emeritus professor of psychology John W. Pilley, haven't stopped there.

Chaser isn't just able to pair a basic word with an object or behavior; she's also able to copy behavior, understand the independent meanings of nouns and verbs, and has learned that a single object can be defined by both a proper noun and a common noun.

Beyond that, Chaser has learned to reason by exclusion, which means that when presented with a new object surrounded by objects she has already learned, she can reason that the new word she hears is linked to the new object.

Pilley uses play as a means to motivate Chaser and encourage her continued learning. He has found that both dogs and toddlers learn best through play. Pilley made learning a game for Chaser and used ongoing playful interaction and conversation to help her make the connection between the words and the objects.

We are learning more information by the day about the incredible cognitive abilities of man's best friend. When taught and motivated in a positive, force-free way, this incredible species is capable of more than we could have ever imagined.

One thought on “The Dog Who Has Learned a Thousand Words”