Home >> Articles >> The Beautiful Life of a Paralyzed Dog

The Beautiful Life of a Paralyzed Dog 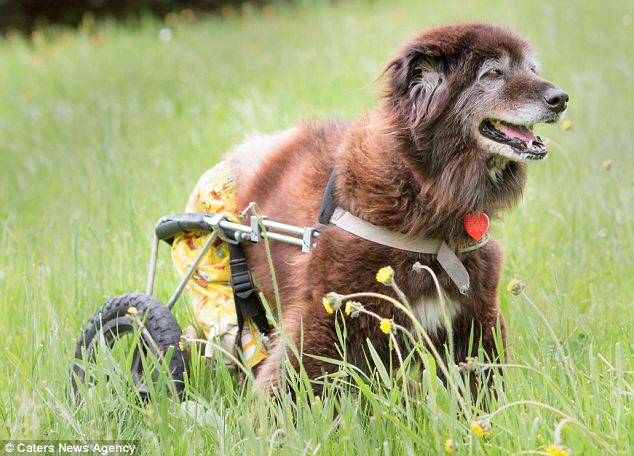 Ashley is a chow mix who was just six months old when she was severely injured by an angry homeowner. When the man saw her as a stray in his backyard, he violently attacked her, breaking her back, pelvis, and femurs.

When she arrived at animal control, she was in terrible shape. But thanks to the donations of concerned citizens and neighbors of the man who hurt her, six-month-old Ashley was flown from Florida to an animal sanctuary in Wisconsin. There she received constant care and was able to be nursed back to health.

Although she barely made it through the terrifying ordeal, with the help of several surgeries and a custom wheelchair, Ashley was able to recover. Because her bones were still growing at the time of the attack, they had to be continuously reset as she grew.

This incredible survivor is now ten years old and has spent her life in the peace and loving care of the animal sanctuary that took her in as a puppy. She loves to greet visitors, chase her doggie friends, and run around outside.

Her wheels certainly don't slow her down!

2 thoughts on “The Beautiful Life of a Paralyzed Dog”