President Obama Speaks Out Against BSL 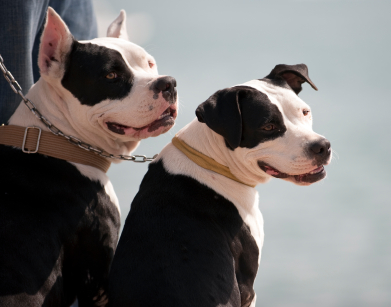 The President himself has condemned BSL in an official White House response titled "Breed-Specific Legislation is a Bad Idea." Despite mountains of data and research which shows that BSL is ineffective and does not have a positive impact on public safety, there are still fierce proponents of such legislation.

The White House has adopted the Center for Disease Control and Prevention's stance on BSL, which states that a community-based approach is more effective than breed bans.

Those of us who know and love pit bulls know that any dog, regardless of breed, is dangerous in the wrong hands. I'm hopeful that the President's stance will help educate the public about the dangers of BSL. As important as it is to put an end to BSL, what's perhaps even more important is to protect our families and our dogs by educating ourselves about dog behavior and warning signs that a dog is about to bite, and teaching our children how to stay safe around our four-legged friends.

My hat's off to you, President Obama, for speaking up for those that cannot speak for themselves.

10 thoughts on “President Obama Speaks Out Against BSL”