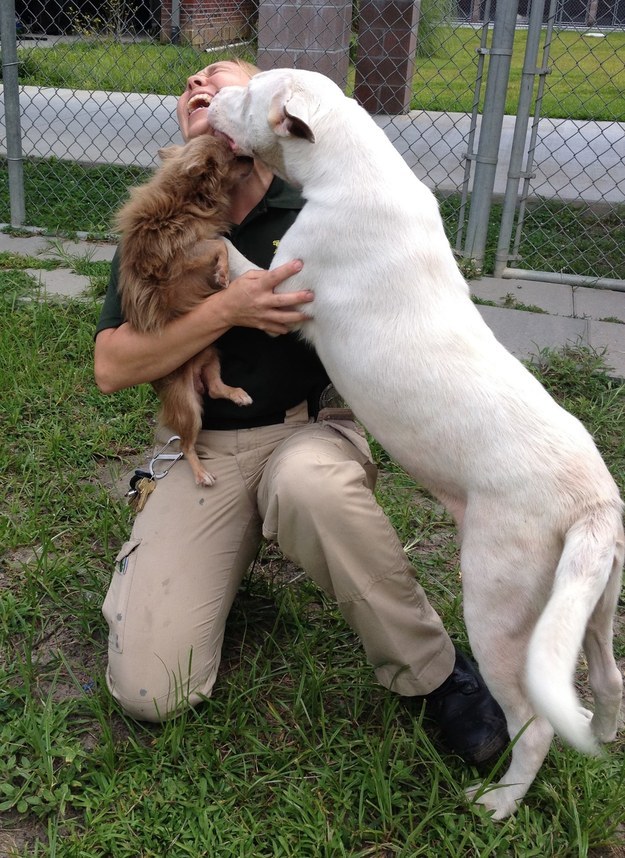 If only every story with such a sad beginning could have such a happy ending.

A stray pit bull mix was found wandering the streets by the Savannah-Chatham Metropolitan Police Department in Savannah, GA. In her mouth was her best friend, an injured chihuahua. The pit bull would occasionally stop to lick the chihuahua's badly infected eye, and the pair appeared to be inseparable.

The unlikely duo was taken to the Savannah-Chatham Metropolitan Animal Control Shelter, where they were named Joanie and Chachi. Upon arrival, Chachi underwent surgery and his infected eye was removed. The pair was eventually reunited at the shelter, and the shelter staff say they were overjoyed to see each other.

The pair's story became an instant sensation, and they had offers from all over the world to be adopted together. Their happy ending won't be too far from home, though--they have been adopted by a family in Florida, and will be heading to their new life next month.

From rags to riches, indeed!