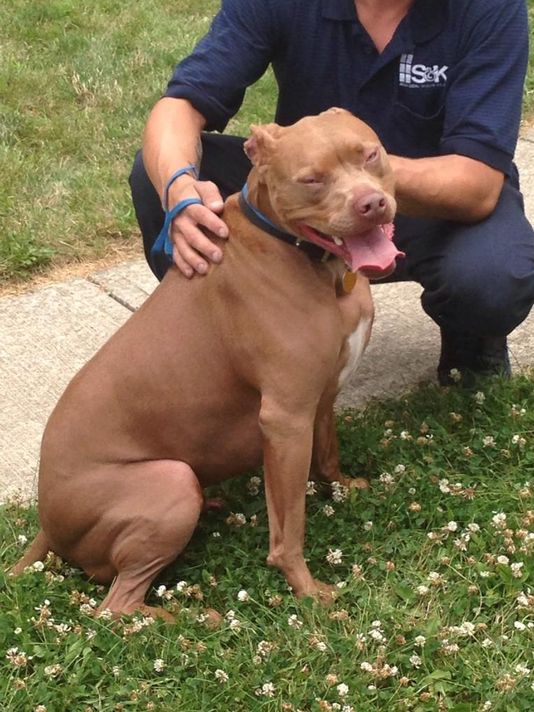 Ace, the heroic pit bull who saved his owner's life.

A pit bull named Ace is being hailed a hero after saving his two-legged sibling's life when a devastating fire broke out in their home. When firefighters arrives at the scene, flames were already coming out of the garage.

13-year-old Nick Lamb, who is deaf, was asleep with his cochlear implants turned off when the fire broke out.

Thankfully, Ace was able to alert Nick to the fire by licking his face until he woke up. The pair was able to safely exit the home just in time.

The fire caused hundreds of thousands of dollars worth of damage, but thanks to Ace's brave actions, no one was injured.

Nick and Ace were the only ones inside the home at the time of the fire, and Nick said it was the first summer he was old enough to be home alone. He had just returned from summer camp.

The cause of the fire is still being investigated, but the homeowners believe that it was an electrical issue.