Is Jealousy a Canine Emotion? 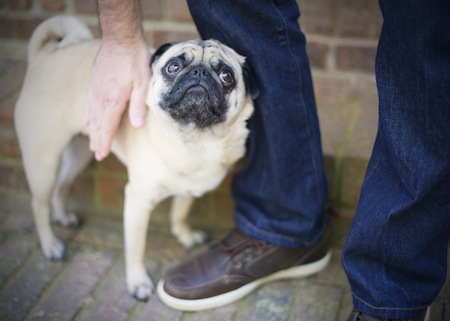 Have you ever wondered if your dog feels jealous? Little research has been done to validate whether or not jealousy is an emotion experienced by dogs, but a new study shows that it just may be.

Researchers at the University of California, San Diego found that dogs showed jealous behaviors like snapping and pushing when their owners showed affection towards an animatronic stuffed dog. The animatronic dog barked, whined, and wagged its tail, and the researchers believe that most of the dogs perceived it to be a real dog.

The dogs showed jealous behaviors when their owners petted and talked sweetly to the fake dog. These behaviors were displayed less often when the owners did the same thing to a pumpkin and to a children's book. The results pointed to the dogs' jealous behavior being triggered by social interaction, and not just by their owners ignoring them.

While the research may not seem groundbreaking, it is a significant step towards answering the question that has long stumped behaviorists and researchers: are humans the only species to feel jealousy?

The next question for trainers, behaviorists, and dog owners to consider is whether or not this "jealousy" is in fact experienced by dogs in the same way that it is experienced by humans. There is still much research to be done on the subject, but this study provides an interesting backbone for future research.

2 thoughts on “Is Jealousy a Canine Emotion?”