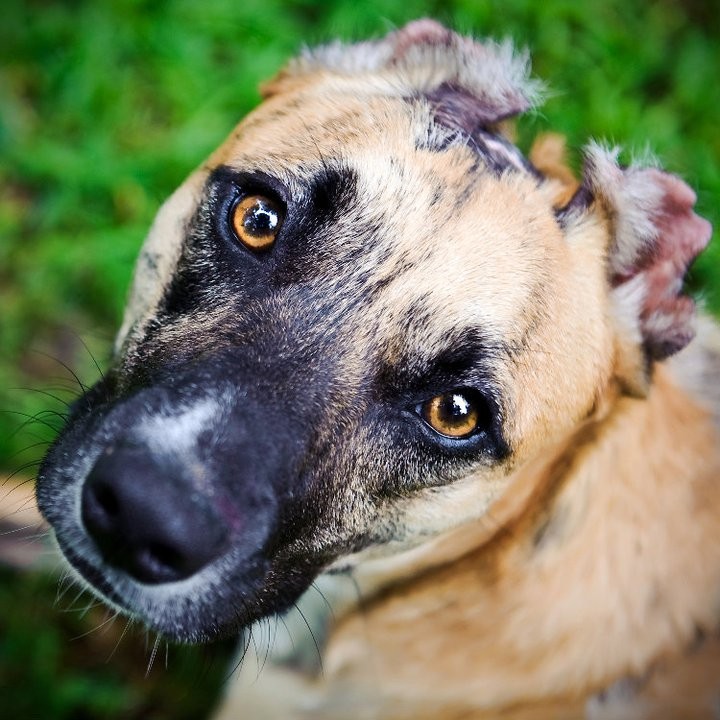 A huge congratulations to Susie, the winner of the American Humane Association's 2014 American Hero Dog Award!

All eight of the finalists for the award are truly all hero dogs, and all were incredibly deserving of the award. But Susie's story is one that will blow you away.

Her owner, Donna Lawrence, suffered a miscarriage as a result of a dog attack in 2008, and found out she would never be able to have children.

That next year, a pit bull mix puppy was found with a broken jaw, her ears burned off, and 60 percent of her body covered in third-degree burns infested with maggots. The two formed an unlikely bond and became an unstoppable force against animal cruelty.

In 2010, Donna and Susie stood beside North Carolina Governor Bev Purdue as he signed Susie's Law, which instilled stronger laws against animal cruelty in the state.

Susie is also a certified therapy dog, and she and Donna visit schools, hospitals, and churches to spread the message of kindness and responsibility to people of all ages. She has inspired three children's books and a movie.

I think it's safe to say that Susie is well-deserving of the 2014 American Hero Dog Award!