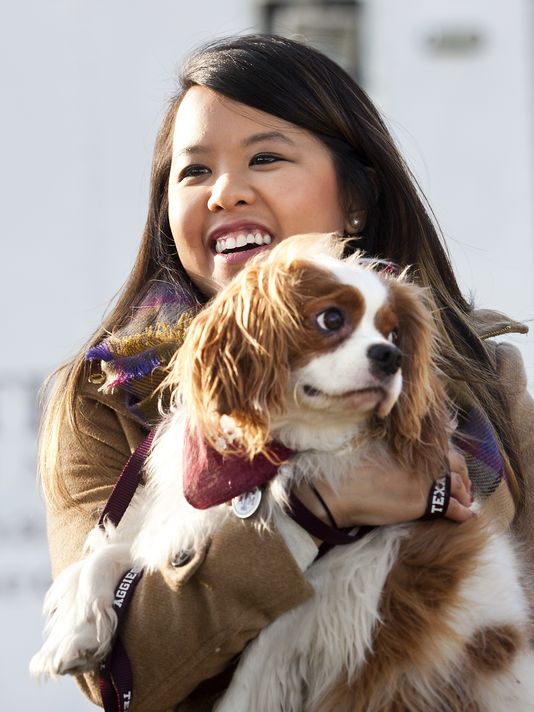 Photo: Juan Guajardo, The Fort Worth Star-Telegram via AP

Dallas nurse Nina Pham was released from quarantine after surviving the potentially deadly Ebola virus, and was soon reunited with her beloved dog, Bentley.

Pham tested positive for Ebola after treating Thomas Eric Duncan, the Ebola patient who had died four days prior.

Bentley, a King Charles Cavalier Spaniel, was kept in a separate quarantine for 21 days. He was visited twice daily by vets in hazmat suits, and was repeatedly tested for the disease. He was officially declared negative for Ebola and the two were able to be reunited.

Those present for the reunion say that it was 'heartwarming,' and that Bentley 'couldn't stop kissing' Nina.

Bentley and Pham are fortunate to have this happy ending, as the same cannot be said for Excalibur, the dog belonging to a Spanish nurse who contracted Ebola. The dog was euthanized by Spanish authorities despite there being no evidence that he had the disease.

While dogs are not known to be the natural carriers of the Ebola virus, it remains unknown whether or not dogs can transmit the virus to humans.