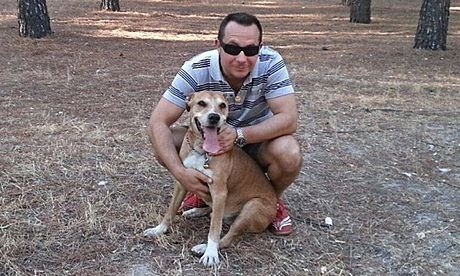 Despite a social media campaign that spread worldwide, Spanish authorities seized and euthanized Excalibur, the 12-year-old mixed-breed dog that belonged to Teresa Romero Ramos, a Spanish nurse who contracted Ebola after caring for a Spanish priest who died of the disease.

Ramos's husband, Javier Limon, reached out to the public for help, and pleaded with officials to keep the dog in quarantine instead of euthanasia. Animal rights activists blockaded the couple's home and tried to prevent authorities from leaving with the dog. Despite everyone's best efforts, the dog was seized and euthanized. Limon burst into tears when he was told the news.

Studies thus far are unclear on whether or how likely it is that dogs can spread the virus to humans.

One thought on “Despite Public Outcry, Ebola Patient’s Dog Euthanized”