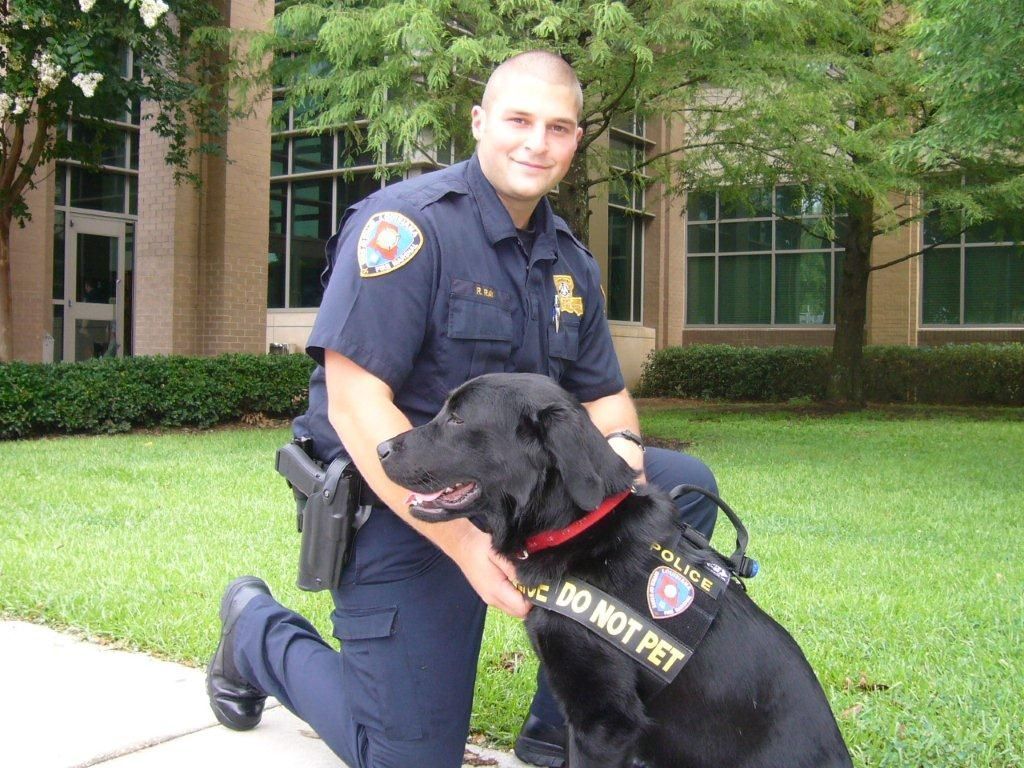 In episode 3 of 'Arson Dogs,' we learn more about Roman Ray, Arson Investigator with the Louisiana State Fire Marshal's Office. Roman was paired with black labrador 'Billy,' and the pair had an instant connection that was captured on camera. Find out what Roman and Billy are up to today, and find out how Roman felt about being filmed for the series.

What was it like being a first time handler in the arson dog training program?

The arson dog training program was by far one of the best experiences I have had during my career. I learned so much during my time there, and it was truly incredible to see the dogs perform and to see how intelligent they are. It took some time to learn the process and the responsibility it takes to be a handler to these dogs. I feel Billy and I came together quickly during this program as well as all the other handlers in the training course itself. I met some really great men and their K-9’s in the program and formed friendships that will last a lifetime.   I have stayed in contact with many of the guys and even talk to some on a weekly basis. I am planning a time for all of the guys to come to Louisiana to have a fun, swampy weekend. 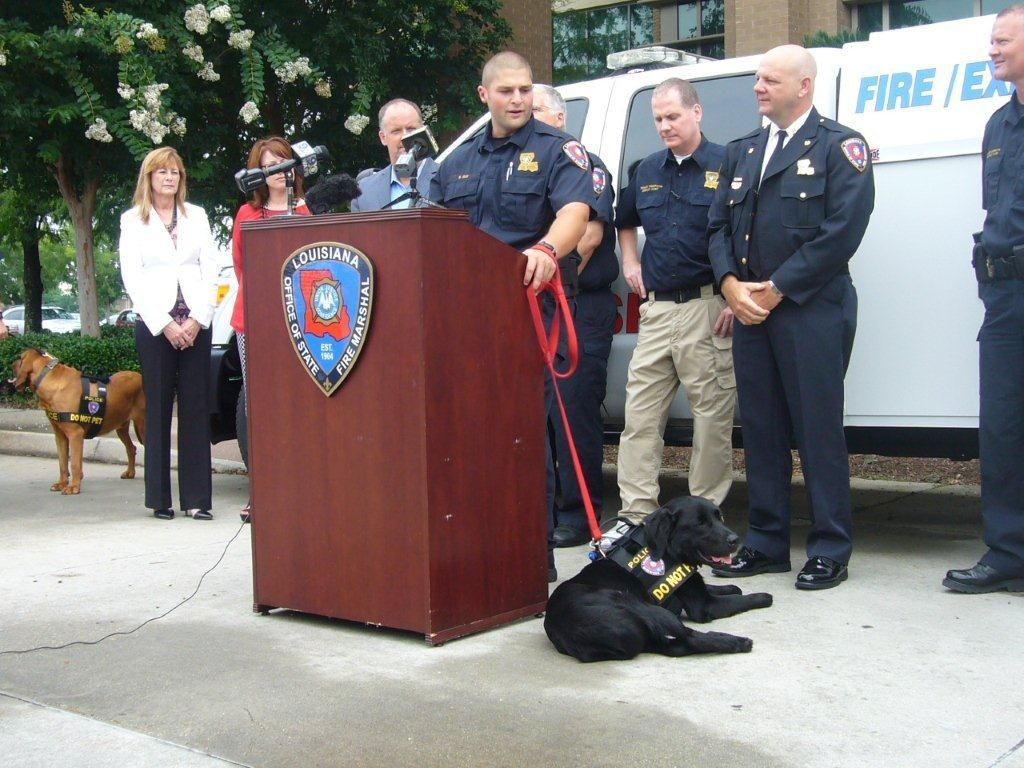 Billy is adapting well to our hot and humid climate down here. I could see he was having a hard time the first month home, but he is now handling the heat well and is able to be outside for longer than 5 minutes. Billy loves to go to the swamp, play in the water, play football, and after a long day, take a nap on the couch. He also loves to play and get dirty with my other labrador, Maddie. Overall, I would have to say Billy loves Louisiana.

What have the first couple months working with him been like?

Working with Billy has been great, but still a learning experience. Billy knows when I put on my uniform, it’s time to work. We have been on many fire scenes and working together is becoming second nature. Billy and I train on a continuous basis and training is getting better and better as time goes on. Billy enjoys meeting new people everywhere we go and I feel that Billy and I are helping raise awareness for the arson dog program for our state.

What was it was like being filmed for ‘Arson Dogs’?

Being filmed for ‘Arson Dogs’ was an incredible experience. At first I was attempting to avoid the cameras, but as time went on I enjoyed meeting the camera crew and Victoria, and I enjoyed their company. They were even so sneaky that we sometimes forgot they were even filming. I am honored to be a part of the program which honors all Arson Investigators and their respected K9’s. I am thankful for the opportunity to be a part of this ‘Arson Dogs’ Program.

Do you have any behind-the-scenes secrets or funny stories from filming?

Well…there were a few times when the microphone, attached to a handler, was still on when someone went into the bathroom. We had some fun times in the play room, which consisted of a couple pool tables and ping pong tables. All the guys and I had several intense ping pong matches that were very entertaining. We generally all stuck together and had a great time. Many of the guys and I had a tradition to hide David’s hat every time we went to eat. We hid his hat in bushes and even put it at the top of the flag pole. David even had a good since of Humor about it. Fun times in Maine. 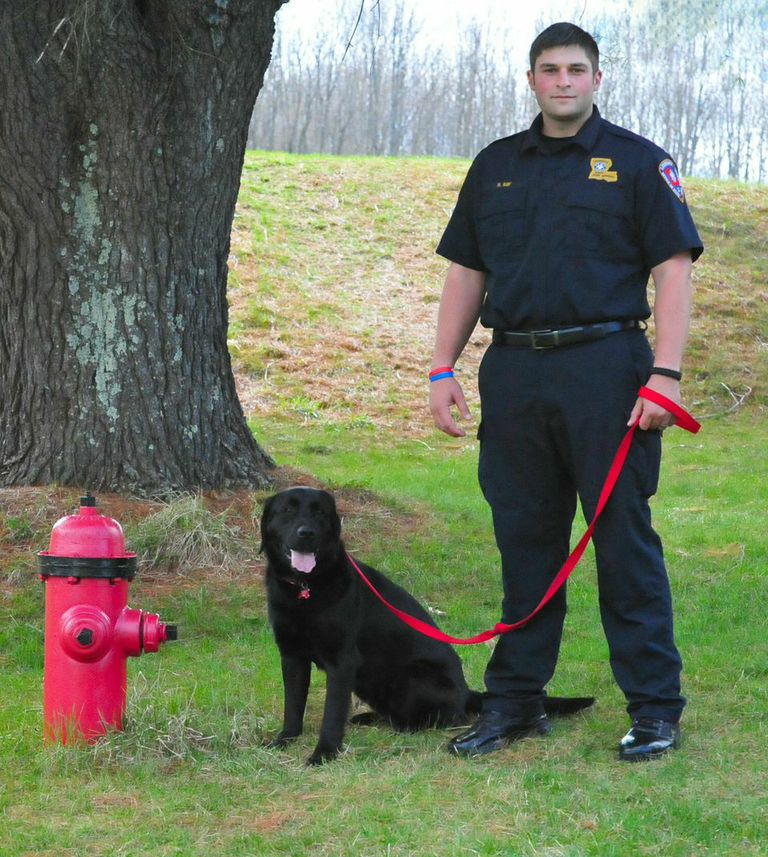 What was the best piece of advice one of the trainers or other handlers gave you?

This program was a lot of fun and a lot of work. It was worth every minute of training and to be able to meet many new people. The program is here to make aware of the rising rate of Arson across the Nation and how Arson Investigators and Arson K9 Handlers are working hard to fight the growth of Arson. Being a new handler and a new investigator, I applaud all Arson Investigators and K9 Handlers for all the hard work you have put in over the years to help this program grow and develop.

Remember to always live life true and always be who you are. God Bless

Catch up on 'Arson Dogs':